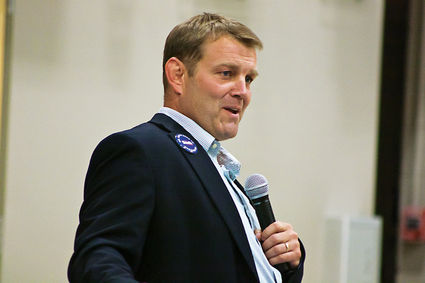 Darrin Smith speaks at the Laramie County Republican Party Pie Social in Pine Bluffs last Sunday. Smith was one of five U.S. Congressional candidates who spoke at the event.