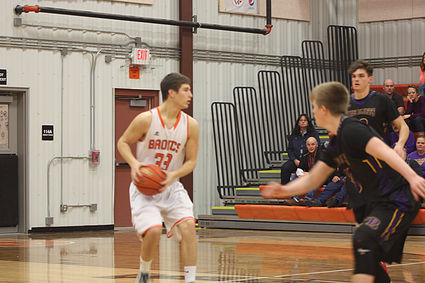 It's crunch time for the Burns Broncs if they want a shot at making the regional tournament in Gillette at the end of the month. Every win is important to position yourself for a run at the end. But they didn't get a win against Pine Bluffs last Friday.

Last Friday, the squad hosted the Hornets in what would be an emotional, sometimes physical contest.

The Broncs struggled from the early going, posting just three points in the first quarter to Pine's 18.

The Hornets pulled ahead in the second frame, outscoring Burns 25-10 to take a 43-13 lead at halftime.