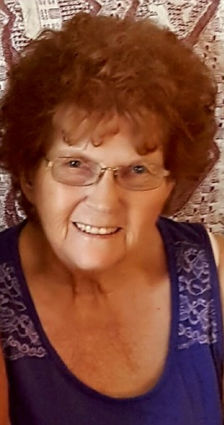 Ann Hall, 83, of Hereford passed away March 12, 2017 at her home. She was born March 19, 1933 in Hillsdale, Michigan to Claire G. and Addaline Elizabeth (Rowe) Fitzsimmons where she grew up on the family farm and attended school.

She met Ronald L. Hall Sr. while he was stationed at Camp Pendleton and they married on October 16, 1958 in Vista, California.

Ann sold Avon over 30 years, was a school bus driver with several districts in Colorado and helped to raise her grandchildren. She enjoyed bowling and square dancing and was a member of the Eastern Star, National Republican Party Committee, and served as a Pawnee School Board member.

She was preceded in death by her parents, stepfather, sister Jain Smith, granddaughter LeeAnn.

Services will be held at 3 p.m. Friday, March 24 at the Adamson Chapel with small reception to follow. Memorial gifts may be made in care of Adamson Cares, 2000 47th Ave., Greeley, CO 80634. Friends may leave condolences at adamsoncares.com.