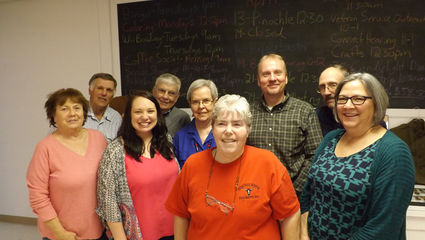 When Charley "Kansas Charley" Miller was hanged on April 22, 1892, he became the first and the youngest person to be executed after Wyoming became a state.

Coincidentally, 125 years later to the day the Texas Trail Museum of Pine Bluffs held its annual meeting at the Pine Bluffs Senior center.

The meeting was preceded by a cream can luncheon of potatoes, sausages, corn on the cob and cabbage. Cake and iced tea were also available. President Becky Martinez, opened the meeting with an introduction of the board and staff of the museum and this was followed by the election of Frank Smith, Allie...