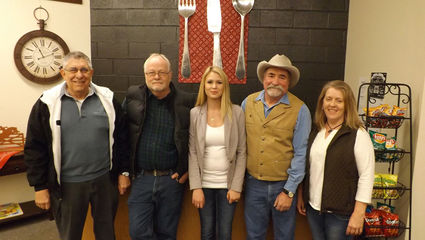 On May 9 the Town of Burns will be holding elections for the position of mayor and two town council members.

Incumbent Mayor Ralph Bartels and incumbent Councilman Dennis Bastian are seeking to retain their seats. Harvey Humphrey is stepping down from his council seat.

Bartels believes he has done a good job as mayor, especially given that the town's funding from the state was reduced six per cent last year.

"When I moved to Burns I became involved, first as a council member, I spent six years on the council. The I ran for mayor last time. Decided I was having so much fun, I'd try it again,...