Shain looks back on past eight years as mayor 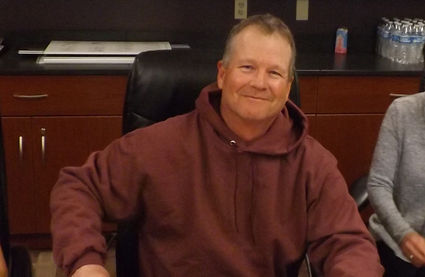 Outgoing Pine Bluffs Mayor William Shain at the town council meeting on May 1. Monday, May 15 will be his last meeting as mayor. Shain has served the town as mayor since 2009.

"I think I've done my time, but overall I was pleased to serve the town of Pine Bluffs. It was a humbling experience. I think I did the job as well as I was able. Hopefully, it was okay," said William Shain, out going Mayor of Pine Bluffs.

Shain served as town councilman for ten years beginning in 1999, then moved up to mayor in 2009 and served in that capacity for eight years. During his time on the council the Pastime Theater, along with several Main Street businesses were destroyed by fire on Dec. 15, 2003.

"We were just getting things going downtown," said Leonard Anderson, then mayor o...