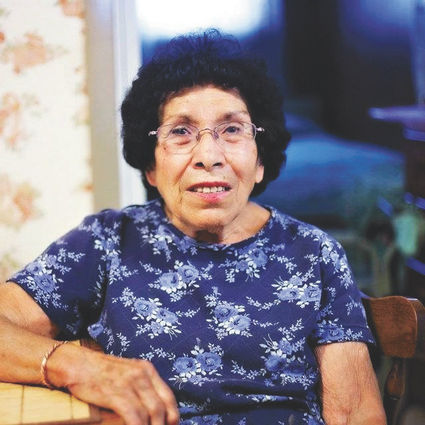 She was born March 26, 1928 in Guadalupita, New Mexico, a daughter to Andres and Corina Pacheco. Eleanor married Blas Medina, Jr., on February 16, 1947 in Guadalupita.

She enjoyed the outdoors, crocheting, gardening and cooking. Always giving of herself.

She was preceded by her parents and a daughter, Cecily Medina.

Vigil for the deceased will be Friday, June 16th at 6:30 p.m. at Wiederspahn-Radomsky Chapel. Funeral Liturgy will be Saturday, June 17th at 11:30 a.m., at St. Paul's Catholic Church in Pine Bluffs.

Memorial Contributions may be made to St. Paul's Catholic Church.