The library is the place to bee 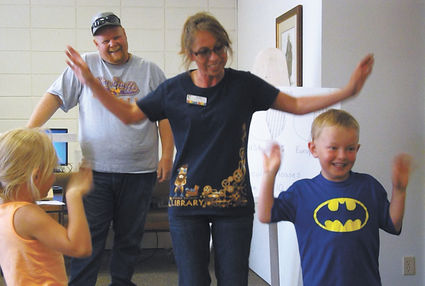 If you are ever stung by a bee, you can be sure it is not a male bee, or drone, as they do not have stingers and their only purpose is to mate with the queen before being kicked out of the hive.

The worker bees of a hive are all females. The workers role is to collect food and water, care for the larvae and to protect the hive. They are the ones with the stingers. The sole queen of the hive's only job is to lay eggs and rule over the hive.

Such is the information you might have picked up if you had been at the Pine Bluffs Library on Friday.