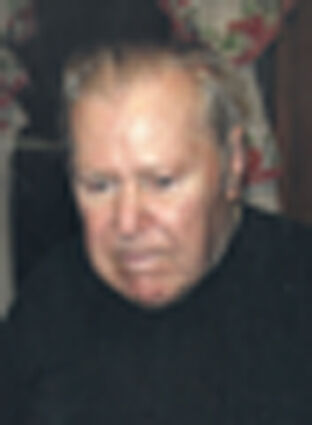 Services for Jack Edwards will be held at 2:00 p.m. on Saturday, August 5, 2017 at Stanger Springs Community Church with Rev. David Diller and Rev. Larry Shackelford officiating. A graveside service will follow at Prairie Springs Cemetery. Grandsons will serve as pallbearers. A visitation will be held from 6:00 p.m. - 8:00 p.m. on Friday evening at Hilliard Funeral Home.

Henry Clay (Jack) Edwards, son of Norman & Alice Edwards, was born on March 6, 1928 at Eagle Lake, Texas. As a young man, he worked with a harvest crew that traveled to Wyoming and Nebraska, which is where he met his beloved future wife. He married Barbara Jean Stuart on May 25, 1950 in Kimball, Nebraska. They made their home in Ben Wheeler, Texas, where Jack was a tile contractor and cattle rancher. They also had a home in Carpenter, Wyoming, where Jack was a wheat farmer. They raised seven children together. Jack passed his farm, ranch and tile-setting knowledge on to his sons, daughters, nieces, nephews and grandchildren. He was a hard-working family man that loved the Lord. He did his best to instill those same values in his children. He will be missed by many.

Jack went to his mansion in the sky on August 2, 2017 at the age of 89. He was preceded in death by his father, Norman Edwards; mother, Alice Edwards; brother, Leon Edwards; two infant brothers, Emory and Billy; sisters, Virginia Davidson and Mary Hendrix Starkey; and grandson, Jamie McCallum.