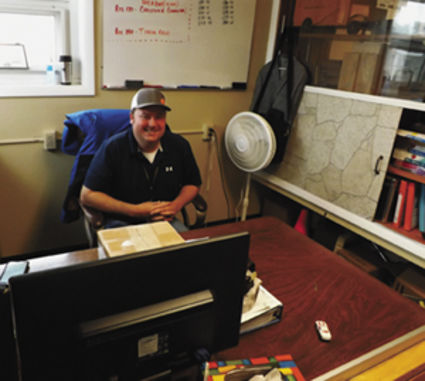 Transportation director for the Laramie County School District No. 2, Lance West in his office at the Bus Barn in Burns

With the the approval of school zones, or boundaries for the upcoming 2017-18 school year for the Laramie County School District No.2 (LCSD), came the need to reconfigure the bus routes of the district to conform to those boundaries.

The job of doing so fell to Lance West, transportation coordinator for the district.

"No, I would not say that was an easy job," West said.

West stated that his first priority was to consider how the new routes and the elimination of old and familiar routes would affect the students who were no longer zoned for the school of their choice. West stated that he is...