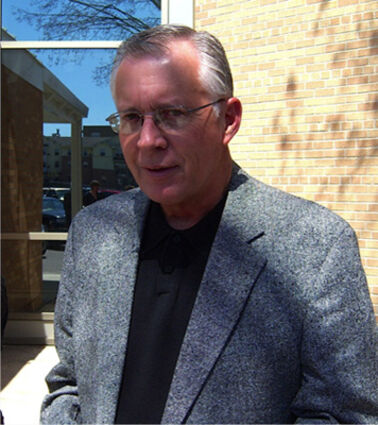 He is survived by his loving wife, Gwen and children, Dirk Rohrer(Arlene), Darcie Thomas, Debbie Roe(Jeff), and Jennifer Masters. He is also survived by his grandchildren, Gina Rose and Nicholas Dale Rohrer, Ashley Lynn Roe and Katelyn Nicole Thomas, and by his sister, Lynda Kay Sanders(Norman) and brother, Roger Rohrer(Dianne). Dale also leaves a large number of family and friends, who thought dearly of him.

In 2008, Dale retired from CPI (Cooperative Producers Inc.) located in Hastings, NE. where he served as Co-CEO of the company. Two months prior he was diagnosed with Parkinsons Disease. In the midst of his career in the coop system, he and Gwen spent two and a half years in Moldova, where Dale was an agricultural consultant with "Cultivating New Frontiers in Agriculture", which is affiliated with USAID. In this capacity, he worked directly with Moldovan farmers to improve agricultural practices in their apple orchards and other projects.

He was also a proud Cornhusker fan.

Following retirement, Dale and Gwen purchased a RV, hooked the car behind, loaded up their dog, Max and their bicycles and hit the road. Their main travels were to visit the grandchildren, children and other family members, as well as exploring our great country and the wonderful National and State Park Systems.

In 2014, they purchased a garden home in Buda, TX, where he enjoyed long walks, exploring the Texas hill country and frequenting the Buda Soda Shop.

On September 30, 2017, at 1:30pm., a Celebration of Life and burial will be held at the Pine Bluffs, WY. cemetery, where his parents are laid to rest. There will be a lunch following the service and the location will be announced.