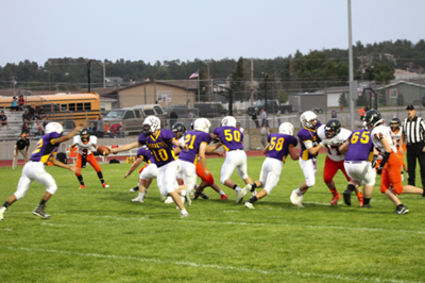 After a scoreless first quarter, the Hornets hit paydirt in the second quarter when Isaiah Martinez scored from four yards out. With Andrew Fornstrom making good on the point after touchdown (PAT), Pine Bluffs led 7-0.

Haize Fornstrom was next to score. This time it was two yard dive. Andrew Fornstrom was good again on the PAT and 14 points separated the teams.

Marvin Reza made good on a 33 yard field goal, and the Hornets took a 17-0 into halftime.

Pine Bluffs used the second half to se...