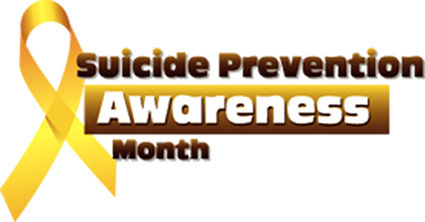 There is a certain sadness in the eyes of "Bill" (not his real name) when he talks about the darkest time of his life. No one knew this handsome overachiever was lugging around a burden that became too much, leading him to attempting suicide.

"I won't talk about how I tried to kill myself," Bill said. "I don't want to give anyone any ideas. How in these cases are not important. It's what leads someone like me to a darkness so deep and constant that I honestly thought ending my life was the only solution?"

Bill explained that he had his first bout of depression when he just 12 years of age. He didn't understand what was happening. He'd been sad before, like when the family dog died. In that time, Bill cried and moved on.

"It was weird," Bill said. "I didn't know what this new horrible sadness was. I was also afraid that there would be no way to make it stop."

From then on, Bill continued to have what he called, "time in the black cage." Finally, in an eighth grade health class he heard the word depression for the first time.

"I was so happy to know it was a medical problem and that I wasn't just crazy," Bill said.

Bill, keeping this part of his life a secret, went off to college. It was there his mental illness grappled him on more recent occasions. Rather than once every several months with short durations, the black cage was holding him more often and for longer periods of time. Those new battles made it impossible for Bill to get out of bed and slowly his grades began to slide. This was the first time his parents noticed their "perfect" son had a problem and when they drove the four hours to Bill's apartment, they hardly recognized him.

"I will never forget that day," Bill's mother said. "We knocked on the door and Bill...Billy...Bill opened the door. He was a skeleton of his previous weight, his hair was all over the place and he hadn't bathed or showered in days."

"On the one hand I really was relieved that my parents knew I had this problem, but at the same time I had my first feelings that I did want to burden them."

Bill's parents gave him the opportunity to drop out and return home to get things together. Bill said no because he had a girlfriend who was a big support and he did like school. Reluctantly, his parents agreed with the agreement that Bill would increase his time with his counselor.

A few months passed and to anyone who knew him, Bill seemed to be doing great. He dressed impeccably, was acing his exams in Microbiology and was spending as much time as possible with "Rebecca."

"I had everyone convinced I was great," Bill said. "Inside I knew I wanted to die and that burden became too much for me to endure."

Then one day Bill missed a lunch date with Rebecca. She immediately knew something was wrong as Bill never missed their dates.

"I knew something bad was going on," Rebecca said. "It was like a minute later I received a frantic call from Bill's parents. The terror in their voice was awful."

Bill had attempted suicide. He was taken to a local hospital and then air-lifted to a larger facility.

Rebecca and one of her roommates made the two-hour trek to Bill without saying a word.

"I remember Rebecca's voice and the feeling of her hand taking mine," Bill said. "I knew what I had done and I truly wanted to die, but all of the sudden I could tell Rebecca was there beside me. It was at that moment that I had at least one reason to live. I decided right then I would stay alive."

Bill actually finished the semester under the watchful eye of his father, who had moved into his apartment.

"Having my father around was good," Bill said. "He and I would study together, eat meals together and then we'd just talk. It was great. He never pushed things, but he knew school was important to me and helped me get through the semester."

"What was helpful the most was that the people who knew me best pushed me to get treatment, but at the same time allowed me to be in control," Bill said. "Or at least it felt like I was in control."

"I knew I had to get the help," Bill said. "I knew by going through those doors I was committing 30 days to all of these people I didn't know. It was a huge leap of faith."

That leap of faith has helped Bill get onto a path of happiness and health. Much like other programs, Bill takes life one day at a time.

"I don't allow my mind to go anywhere near that black cage," Bill said. "I use the techniques I have been taught to keep me away from the black cage."

"I want people to know something very important," Bill said. "It can happen to you, a member of your family, a close friend, whoever. Mental illness is real and it can lead to people committing suicide."

"We all need to watch out for one another," Bill said. "If you think someone needs help, you're probably right."