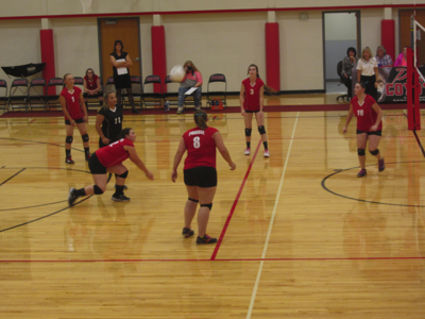 Coach Mary Burson said, "The Pawnee Coyotes came up short with the win against Peetz. Coyotes had a slow start and played hard to catch up and did come up with 2 sets but fell short to win the match. Seniors, Jaycie Hahn and Rhiannon Mowery along with Freshman, Shelby Hoffman, played the net well with many attacks. Coyotes will practice hard this week to get ready to play Fleming there Thursday September 28."