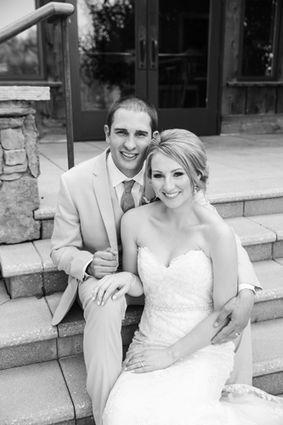 Kylie Stevenson and Cody Wyatt, both of Sheridan, wed at the Powder Horn Golf Club in Sheridan, Wyoming on September 2, 2017.

Stevenson earned a Bachelor of Science in business management from Rocky Mountain College in Billings, Montana in 2012.  She works for Stevenson Newspapers.  She is the daughter of Gary and Sue Stevenson of Sheridan.

Wyatt, originally of Casper, earned a Bachelor of Science in civil engineering from the University of Wyoming in 2010 and his professional engineering license in 2015.  He currently works for WWC Engineering.  He is the son of Jerry and Sue Wyatt and Jean and Monte McNamee, all of Casper.

The couple resides in Sheridan.