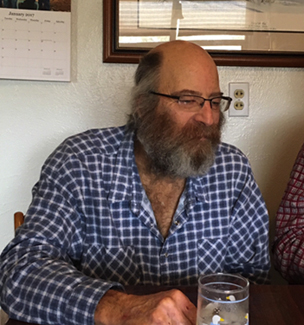 Richard was born on the 20th of January 1955 in Kimball, NE. to George & Darline Butler. Richard was full of life. He loved to hunt, fish & camp. Richard resided on the family farm most of his adult life; doing what he loved, dryland wheat farming. He married his long time love, Julie Miner, on April 7th, 2004. She had two children, Shilo Whitel Brandy and Shalane Whitel Bill and numerous step grandchildren. Richard is survived by his parents, George & Darline Butler; his sister Kim Abel Leonard; two nieces, Natacha GasparI Dustin and Callie Abe; and six great nephews and nieces, Jaiden, Jesse, Johnna, Jett, Babe, & Sammy. He would light up when the kids came around. he loved them all so much.

He is preceded in death by brother Scott D. Butler. Cremation has taken place, and he has requested no services.