More Than Just a Day 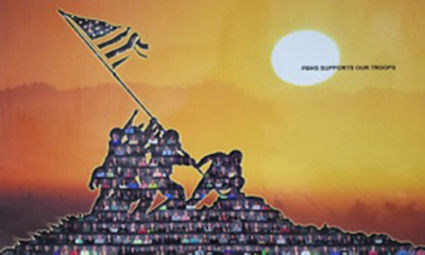 Although it's rarely talked about, unless around certain parts of the year, Veteran's day is something that has touched every person in America, regardless of their awareness. Without the sacrifice of so many men and women, people all over would not have the freedoms that they do today. The veterans of the United States of America have fought for us, not themselves. Just think, would you rather be sitting in your living room drinking that nice, steaming cup of coffee or tea, or sitting outside in the cold, having seen a friend or fellow man be shot and wondering if you're going to be next?

In the US, Veteran's day is celebrated on the 11th of November, because that was the day that WWI hostilities ended. (Thus the saying at the 11th hour of the 11th day of the 11th month.) While many people honor veterans on that one day of the year, what about the other three-hundred and sixty-four? It's not easy to be a soldier, nor is it to be a family member, relative or close friend of one.

Veterans make up 12% of the adult homeless population, and at least 20% of veterans that have served in Iraq or Afghanistan alone (the number is around 2.6 million) suffer from major depression or posttraumatic stress disorder (PTSD). 50% of which don't seek treatment. "Out of the 50% that do seek treatment, only half of them get adequate treatment," according to a RAND study. According to a VA study, about 22 veterans die every day in America and many are deaths caused by suicide.

When you take a look back, there aren't really many reasons for someone to go and risk their lives, especially considering it isn't for their own sake but rather for the betterment of our nation. I hope that many people take this into account, and thank the men and women that fought for us this veteran's day, and every day. We wouldn't be here in America with the liberties and freedoms that we have if it wasn't for their sacrifice.