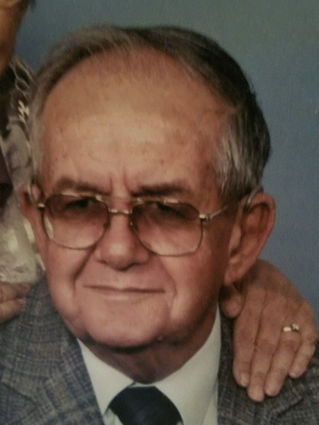 Syd was a graduate of Burns High School and the University of Wyoming where he was a member of Tau Kappa Epsilon Fraternity. He served in the Wyoming Army National Guard retiring as a Lieutenant Colonel. His passion was farming and he farmed with his family north of Burns until his retirement. He was actively involved in Masonry and he was Past Master of Burns Lodge #41, A.F. & A.M., was a member of the Wyoming Scottish Rite (KCCH), and member of the Korein Shrine where he enjoyed serving as a Shrine clown.

He was preceded in death by his parents; his loving wife, Jean; and a great-granddaughter, Allison Hearne.

A funeral service with a masonic service to follow will be conducted on Thursday, December 7, 2017, at 11:00 a.m. at the Lakeview Chapel at Schrader, Aragon and Jacoby Funeral Home. A viewing will be held prior to the service beginning at 9:30. Following the service an interment service will be held at the Burns Cemetery.

In lieu of flowers, donations in Syd's memory may be made to the Shriners Hospitals for Children.