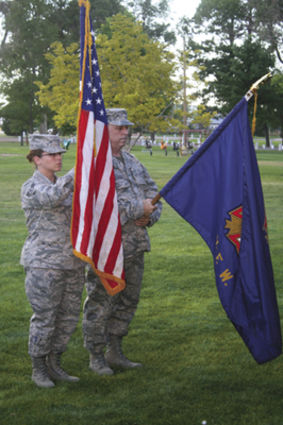 "Memories of the uniform go back as far as I can remember." said Rene Merryfield, daughter of Jim Merryfield, USAF retired TSGT.

"I grew up as an Air Force brat. That is one of my favorite memories and I couldn't imagine my life any other way, Moving every 4 (ish) years, from Las Vegas to North Dakota, California and my most favorite Panama to Nebraska and then to Illinois." told Rene M. She went on to say, "while in Illinois my dad was deployed to Saudi Arabia. We didn't have emails or Skype back then, not that it was that long ago, but we wrote lots of letters."

That summer my dad was gone, my mom had an idea to drive to California for a vacation to visit family. It was lots of fun with some interesting events along the way.

I remember we were going in between relative houses and mom told all of us to be quiet as she turned the volume up on the radio. As she listened she heard the news of a bombing at Khobar Towers in Saudi Arabia!

She was upset and she tried to keep us calm. As we pulled up to my grandmothers house (who was listed as the emergency contact) she came running out of her house to tell us the Air Force had called.

"We were all scared that the worst news ever to be received had just happened." said Rene M. "My mom called and they were just informing her that they have no news and were unsure at the time if he was alive or dead!" I remember laying the hallway at my grandmas house crying for my dad. I thought we would never hear from him again. "I was so scared that I would not get to hug him, have him tuck us in bed or help with the homework. We all slept in my mom's room that night." she told. "I remember laying on the floor by her bed and the phone rang in the middle of the night, it was my DAD! He was hurt but not life threatening.

"Being a military brat was awesome. It is a lifestyle, and kids adapt well." said Rene M.Military men and women have it hard. Leaving families, missing the birth of a child or missing the funeral of a loved one because they are deployed. But the wives still run the household, get the kids to school and work doing this on their own now because their loved ones are protecting our freedom is just as hard.

Jim Merryfield's middle daughter, pictured left, remembers how everyone pulled together and that we tried to keep everything as normal as possible. "We kept Dad in our daily prayers!" said Rhonda Rasgorshek.

She went on to say everyone did their part to help out, do errands and keep our spirits high.

From a spouse's point of view, Jo Radcliffe, spouse to retired SSGT USAF, Chuck Radcliffe,states. "When you are a military spouse, you are part of the military family as a whole. I, myself always found that comforting." She went on to say, " I never minded moving to a new base, setting up a new house - even if it were base housing! There was a sense of security there. My children adapted well to whatever our surroundings were."

Radcliffe admitted that if she had to do it over again, she would. She smiled and said, "There is just something about a man in uniform!"

Experiencing the military through a child's eyes, as a veteran in my own right, and as a spouse of a veteran, the awe in all three positions is still there.

"I remember going to work with my dad at the paint shop in the M and M hangar at Edwards AFB, California when I was a young girl, " said Penny Merryfield. Dad would let me watch as they prepared a plane for repainting.

"When I was younger, my dad Robert Kittrell was sent to Johnson AFB, Japan. The move, the plane ride getting there and the culture of Japan will stay with me all my life. While, being a child raised in the military broadens your horizons, it still doesn't prepare your for the heartache that sometimes comes from being in a military family.

Dad went to Viet Nam when I was a teenager. It was a hard year. When dad came home, he was different. War had changed him. This would be the case for so many soldiers when returning from war.

All of these was a preparation for me, when my husband, Jim was injured in Saudi Arabia. The knowing he was hurt, and yes we have to be mom and dad sometimes, played the role to keep the home fires burning and safe.

Waiting for the return to home and to us! 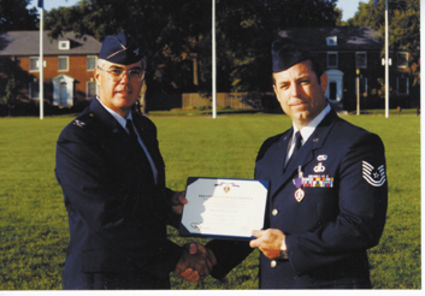 To all the dependents of military veterans, they thank us for being here for them.