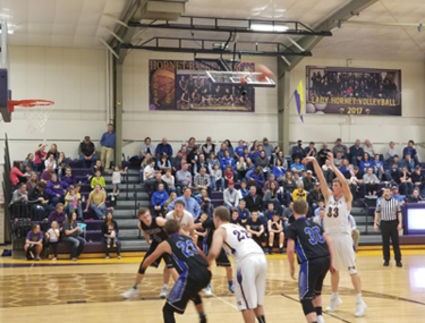 Pine Bluffs continued its stellar basketball season last week with wins over Southeast High School and Glenrock as they headed to a 16-1 record for the season.

Bluffs 15-point start to open the first quarter almost seemed sluggish compared to the rest of the game. By the end of the second quarter, the Hornets were well-ahead of Southeast with a lead of 43-9.

And the momentum continued through the second half for Pine Bluffs.