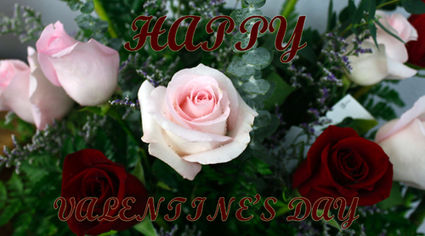 Most people associate Valentine's Day with celebrating love and romance by buying chocolates, flowers, or cards for their loved ones. Some people think giving gifts is a good way to show how much they care, while others view the holiday as nothing more than a good way to waste money. No matter where people stand on the topic, there is a long, somewhat confusing history behind Valentine's Day.

There are lots of interpretations and legends surrounding Valentine's Day. While nobody can be sure, many people believe Valentine's Day originated in Ancient Rome as the successor of Lupercalia, a festival that celebrated springtime and fertility. Pope Gelasius I came up with the new holiday so it would align more with the Christian religion and also serve as a day to honor and celebrate St. Valentine. There are two popular legends surrounding who exactly St. Valentine was. The first states that St. Valentine was a priest who was executed for continuing to marry couples even after Emperor Claudius II banned marriage, and the second states that he was a priest who was sent to jail, fell in love with a jailer's daughter, and gave her a letter that said, "from your Valentine" before he was executed. Both of these stories could be partially correct because there is not a definite story or even one specific St. Valentine that the holiday celebrates.

Despite the complicated origin of Valentine's Day, it gained popularity in Europe where people exchanged handwritten cards and authors wrote stories about love and gift giving. Eventually, people started buying expensive gifts to give to their "Valentines" and it developed into the holiday we know today. The traditions of Valentine's Day moved to America where they were advertised extensively and mass production of gifts began. More consumers started celebrating Valentine's Day because of its commercialization and it became a popular holiday. According to USA Today, in the United States alone, people spent $18.2 billion on Valentine's gifts in 2017, and they're predicted to spend $19.6 billion in 2018. It may seem extreme to spend so much money on Valentine's Day gifts, but the tradition of giving gifts has continued for many centuries as a way for people to celebrate love.