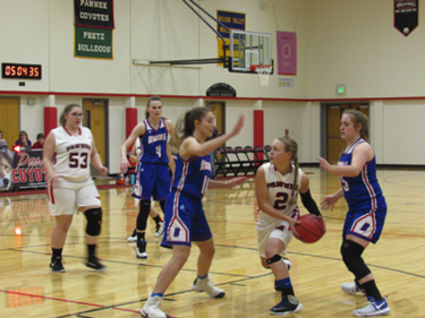 Pawnee Lady Coyotes No. 53, Jacie Hahn and No. 2, Shelby Hoffman attempt to land one in the basket.

Stats: Shelby Hoffman led with 17 points, had four re...