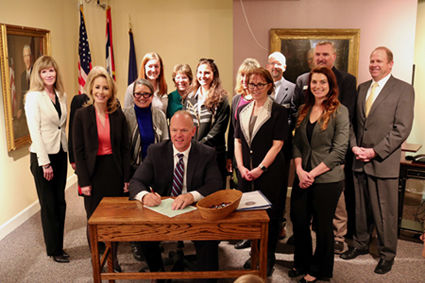 "The passage of this bill and its signing by Governor Mead will do a great deal to highlight a shining period in Wyoming's history nearly 150 years ago when the Territory of Wyoming became the first government in the world to advanceWomen's Suffrage. Wyoming holds the honor o...