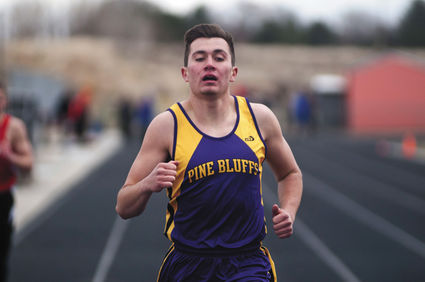 BAYARD, Neb. - At times the sun was shining and at others, the snow was flying.

But the one constant at the Bayard, Neb. Invite last Thursday was Pine Bluffs finishing at or near the top in enough events to take home its second first-place victory of the 2018 track and field season.

Seth Tangeman continued his strong season with a win in the 100-meter dash and a second-place finish in the 200-meter dash with times of 11.20 and 24.58 respectively.