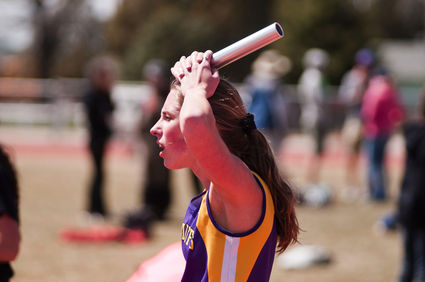 BURNS - Kendra Sloan might have earned the Lady Hornets' only event win last week at the Burns Invitational track and field meet, but several of her teammates put up strong performances to help the team take second-place.

Sloan won the pole vault at 8-10.00, but a number of her teammates earned several top-four places.

Head Coach Dustin Lee has referred to it as nickel and diming in the past.

The team's diversity showed yet again this year as Lady Hornets were represented - and well - in events ranging from the 100-meter dash to the discus throw.