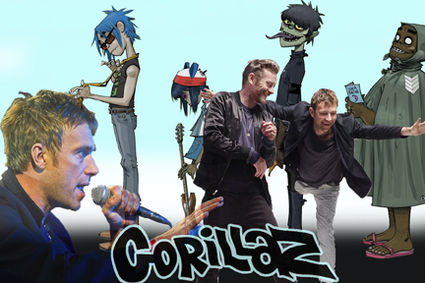 A band is usually a group of people who of course, sing and compose songs together; but a certain group has changed the concept of a traditional band. This band is Gorillaz; Gorillaz is a British band which was started by singer and songwriter, Damon Albarn, and artist Jamie Hewlett. The band is best known for the fictional characters that represent each member. These characters give the band the title of a "virtual band". These characters are Murdoc Niccals (bass guitar), Stuart Pot or 2D (lead vocals and keyboards), Noodle (guitar and keyboards), and Russel Hobbs (drums and percussion). Damon is the only permanent musical contributor. The majority of music is a collaboration with artists like Snoop Dogg, De La Soul, Vince Staples, Del the Funky Homosapien, and many more.