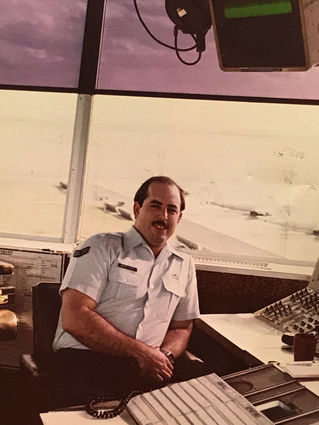 James Merryfield "Jim" was born in Souix City, Iowa on August 8 1958. His father was an insurance salesman so they traveled a bit while he was young.

Merryfield ended up in the bay area of California. He graduated from De La Salle High School with no real idea of what he wanted to do. His dad had mentioned that he was in the Air Force right before he met Jane Windenberg, who would later become his wife and Jim's mom.

"My dad talked about it, and I thought why not. I entered basic training at Lackland AFB on Nov. 30 1977." Merryfield said. "I did this right after Thanksgiving." he added, "...