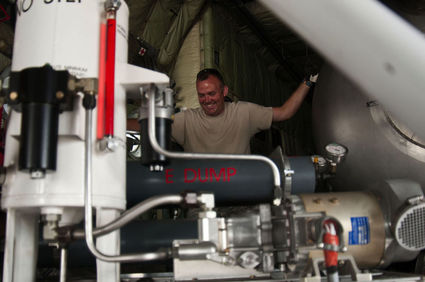 A Wyoming Air National Guard airman looks on as crews install a modular airborne firefighting system (MAFFS) on a C-130 Thursday, July 5. A C-130 and its crew were activated to assist with battling wildfires in Colorado.

They weren't going to a combat zone, nor were they training for it.

The 153rd was preparing to help battle wildfires in Colorado.