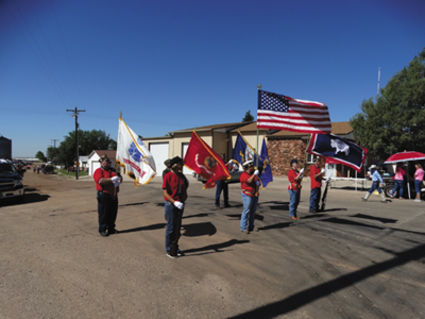 Courtesy of Patrick Self

The members of the Donald Eisenhauer American Legion Post 60 honor guard line up in formation to carry the flag of the United States of American, and all military flags, as well as the POW/MIA flag.

Honoring our military veterans is done in many ways, and shown in many different forms. Flags, ribbons, patches and stickers display a form of thank you, pride in and a legion to our veterans. Yet the strongest and most enduring is that of the Honor Guard.

The first known Honor Guard was in 1925, according to Merriam-Webster.com. After World War I, with services, parades and other events, members of the American Legion, and other organizations connected to the military began their show of colors (the American flag, and all military flags.) during parades, sports events, and funeral services for the fallen soldier.

Across the United States, there are American Legions Posts in every state. Coming from this organization of veterans from every branch of service, there is a group within the Post, that volunteers to be on the Honor Guard.

Each Post will also have their own uniforms for the Honor Guard. These are worn during any service the Guard is at.

Standing at attention, holding one of the flags is not the only duty an Honor Guard member has. There are the buglers who play taps at a burial service for a fallen veteran, the one designated representative of the parent Branch of Service of the Fallen and the Rifleman that present the gun salute. The veteran's parent Service representative will present the flag to the fallen soldier's family after it has been folded precisely. 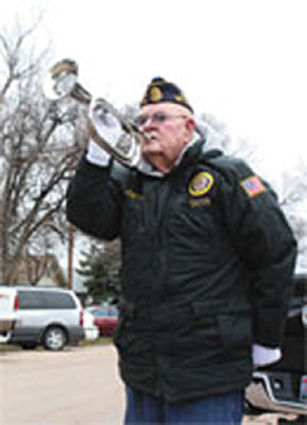 To be in the Honor Guard of active duty military, guards are chosen on the basis of strength, sharpness and the ability to execute tricky maneuvers while on parade as well.

In parades marching drills, flag procedures are practiced and learned by the Honor Guard.

No flag shall be equal or higher than the United States of America flag. All other flags are lower in respect.

Every branch of service has their own Honor Guards to service for their branch, whether it be in parade, special events with dignitaires.

It is with respect, honor, and pride that one serves on the Honor Guard. In the American Legion posts the Honor Guards are all veterans who have served in the military. The branch doesn't matter, what matters is that they served...and continue to serve.

Thank you for your service.