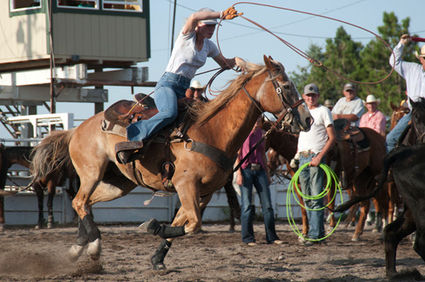 Pine Bluffs Summer Roping Series competitors vie for places in the last competition of the year. The series wrapped up last Friday with buckles being awarded to winners in each category.

It's been a long summer, but the Pine Bluffs Summer Roping Series has finally drawn to a close.

Williams also eeked out in a win in the century header category by 1 point, narrowly defeating Dean Tidyman's 37 points.

In century heeler, it was all about Sean Wright who earned 46 points...