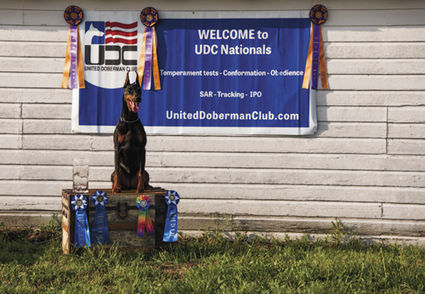 Sandy Vetter and her Doberman SE, recently returned from Sedalia, Missouri, after competing in the United Doberman Club National Show.

Held at the beautiful and historic State Fair Complex, they were one of many teams competing in the Obedience Trials.

There were three separate trials during the week long show. Team SE came away with three High In Trial awards. Their scores were 193, 192 ' and 194 . A perfect score is 200.

It was a ''bucket list" goal for Vetter to be able to compete at a National level. She went out there hoping to do well in one trial and SE exceeded her expectations wit...