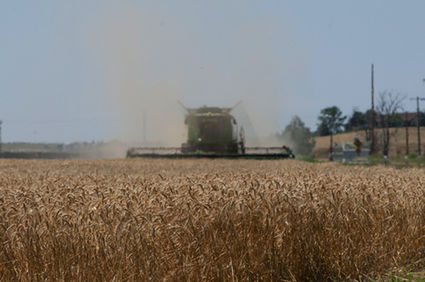 Farmers work to harvest wheat just north of Pine Bluffs Tuesday, July 31. Area wheat harvest is at 70 percent completion. Bradley Shmidl with Frenchman Valley Co-Op said the one of the facility's four bins is 100 percent full, with the others being partially or nearly full. Some farmers have lost the last few hundred acres of their crops due to recent hailstorms. Other, large farms, have had operations delayed by recent rain. Shmidl said smaller outfits have completed their harvest with larger coops nearing the end. Compared to recent years, this year's harvest has produced significantly larger yields, Shmidl said.

Compare that to a low of eight warnings issued in 2009, all severe.

Of those, 59 were severe, 10 were tornado warnings and two were flash floods.