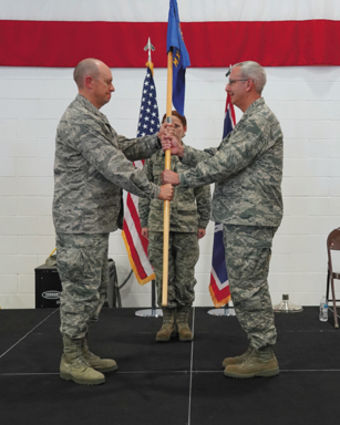 Col. Peter Linde relinquished command of the group during the traditional

"I can always count on Lt. Col. Deibert to do the right thing," said Col. Justin Walrath, 153rd Airlift Wing commander. "I have faith that he will take care of the maintenance group airmen and they'll take care of him."