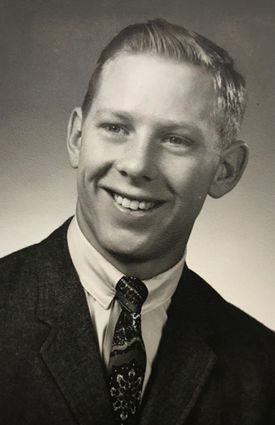 Larry L. Spier was born and raised in Pine Bluffs, Wyoming. He was delivered by Dr. Morris and was the middle child of three to parents Ron and Darlene Spier.

Throughout his school years, until the middle of his high school years, he was nicknamed "Little Larry". Prior to his senior year, he earned the title of "Big Larry" with a new Larry in town.

During his high school years, Spier participated in football, and wrestling. Spier won state for wrestling in his senior year. "I was a little guy, but I loved to wrestle!" Spier stated.

It was during his senior year that he read a book entitled...