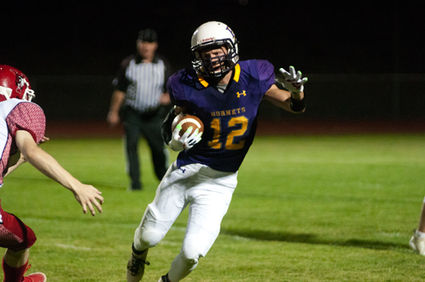 From pretty much the start of Pine Bluffs High School's first football game of the season Friday night, the wind was at their back.

Marvin Reza added a successful point after attempt to make the score 7-0 in Pine Bluffs' favor.

The Indians appeared to threaten during their second possession of the game however, coming within one yard of scoring.