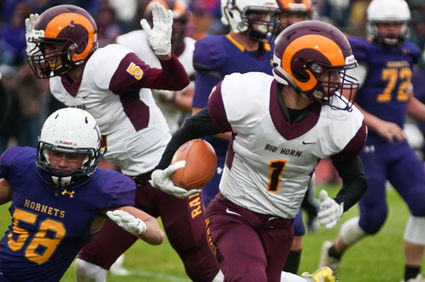 The Pine Bluffs Hornets spent this week doing something they're not used to:

Trying to bounce back.

Playing before a homecoming crowd Friday evening, Pine Bluffs hosted a Big Horn team that was out for revenge after dropping last year's 1A state championship playoff game to the Hornets.

And they got it, handing a stunning 42-7 loss to the Hornets.

Friday night's loss also snapped a 19-0 run for the Hornets.

Not five minutes into the first quarter, Pine Bluffs found themselves losing for the first time all year after putting up four consecutive shutout games.

"Big Horn was better than...