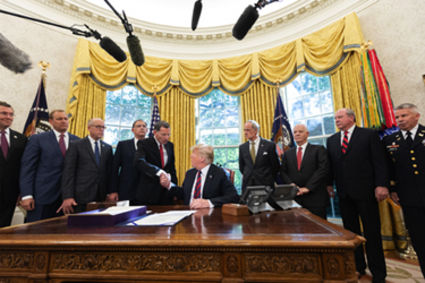 "I applaud President Trump for signing this significant piece of infrastructure legislation into law," said Barrasso. "The president called on Congress to act and America's Water Infrastructure Act delivers. The bipartisan bill will keep communities safe and cut red tape, all while being fiscally responsible. It is good for Wyoming and good for the nation.

"America's Water Infrastructure Act will upgrade and maintain aging dams and irrigation systems, increase water storage, and deepen nationally significant ports. It authorizes funds to repair aging drinking water systems, so that communities across America have access to clean drinking water. It authorizes important projects that will create jobs and grow our economy. America's Water Infrastructure Act is a win for all Americans, and I am pleased the president has signed it into law."