What is in store for Pine Bluffs Wrestling 2019 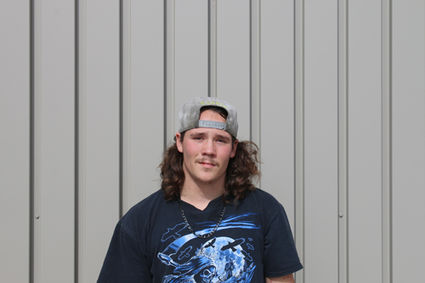 I had the opportunity recently to sit down with a couple of the up and coming wrestlers here at Pine Bluffs High School and interview them about the upcoming season. The wrestlers I had the opportunity to interview are Kyle Thurin, Zander Hotel, Nevaeh Garcia, and Zeb Ornelas. Last season we had 6 people who qualified for the State Wrestling Tournament, Kyle being one of them. When I asked him,"Where does he hope that he will be when the wrestling season ends?" Thurin responded with, "I want to at least place this year".

This year we have a brand new wrestler who is a senior and his name is Zeb Ornales. I questioned Zeb what wrestling meant to him he told me that, "It could be a great opportunity to try something new for me, I have never wrestled before. I would love to learn the sport and learn from some people who have more experience in the sport".

We had a wrestler who was very close to placing at state but came short last year, this wrestler was Zander Hottell. I had the opportunity to ask him where he would like to be when wrestling season ends and he told me, "I hope to be in a better position, and to qualify to go to State, and to get more wins at state then last year".

Myself and fellow wrestlers really hope that we finally get someone to place at state. We are willing to put in the time to make sure that at least one of us goes to state, we all have each other's back!

We are all hungry for it and I am confident that we'll achieve great success this year.