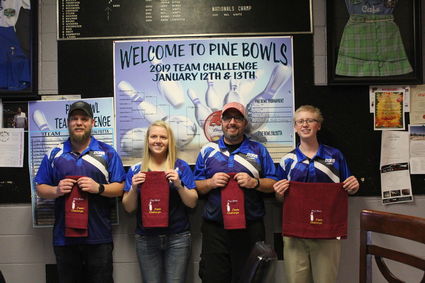 Pine Bowl hosted the Annual Team Challenge for the 23rd consecutive year. Participants came from all over the tri-state area. Bowlers from Greeley, Colorado, Alliance, Kimball Scottsbluff, Nebraska, as well as from Cheyenne and Pine Bluffs, Wyoming. 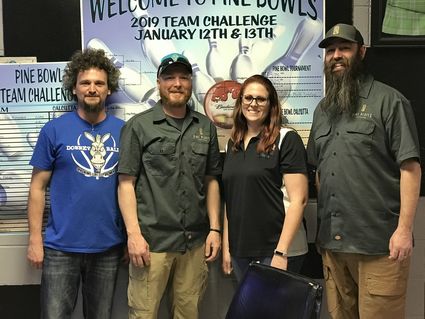 This is a double elimination tournament that spanned two days worth of bowling.

There were 25 registered 4 man teams in the competition and Saturday, teams who had been eliminated twice, were out of the running for matches on Sunday.

Sunday would start out with the top 16 teams. Teams were assigned a lane and would bowl one game per lane. Games won, plus total pins (for tie-breaker) would then move the winner to the upper 8 teams and losers would have another chance to stay in with the double elimination.

Many high scores were made, however, this year's lacked any perfect 300 games.

The tournament is a major success for Pine Bluffs, especially with their teams placing first, second and fourth.