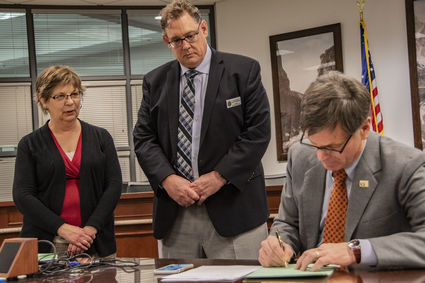 CHEYENNE ------ Wyoming Insurance Commissioner Tom Glause announced today that the Wyoming Legislature's HB0007 regarding amendments to the Wyoming Health Insurance Pool (WHIP) was signed into law by Governor Mark Gordon on February 14. Glause commented, "While most people know February 14 as Valentine's Day, it is also National Organ Donor's Day. There is a sweet irony that this bill was signed today since one of the key elements of this legislation is that it allows the WHIP program to include transplants which previously had been excluded under this program."