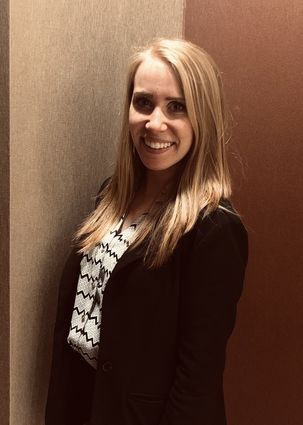 Top: Gracie Keiter, one of the 2019 Laramie County Fair Ambassadors, from Burns.

Gracie Keiter knows competition! The Burns Jr./Sr. High School junior, who has participated in 4-H for eight years was recently selected as one of the Laramie County Fair Ambassadors.

Keiter has also been a member of the Burns FFA chapter for five years where she have served as the chapter Secretary in 2017-2018, and currently, the Vice President.

In school, she is an active member in the Future Business Leaders of America chapter, a huddle leader for the Fellowship of Christian Athletes organization, and is a three-time varsity letter holder on the cross-country team.

Keiter is the youngest daughter of Dave and Lisa Keiter. She has been raised on family's ranch by Hillsdale, Wyoming. "Gracie has been on the ranch, involved in all the ranching activities such as branding, feeding and the raising of calves since she could walk." said her dad, Dave Keiter.

The Keiters have six children, two boys and four girls. "Gracie is our baby girl and we are so very proud of her, accomplishments and her drive." stated mom, Lisa Keiter.

Keiter was inspired by past ambassadors, and what the program has taught them as well as offered them, to apply to the ambassador program.

"It was a long process, and many steps were involved to make it." said Keiter. "First you had to do the application, and all applicants will be required to prepare a typed cover letter, resume, 1000 words or less essay, and a letter of recommendation. Each applicant will receive a letter from the Fair Office after applications have been judged. Only chosen applicants will go through an interview process." stated Keiter. "The lessons in leadership and communication is an opportunity I now have through the program." she added.

Continuing her activites with FFA and 4H have taught her leadership and communication skills. As an ambassador, Keiter must be in school in the Laramie County, as well as residency, plus planning to show in the 2019 Laramie County Fair, or previously shown.

Keiter's goals for after high school, attending a university and later, enroll in a physician's assistant course.

"We are so proud of her and the decisions she had made." said mom and dad Keiter.