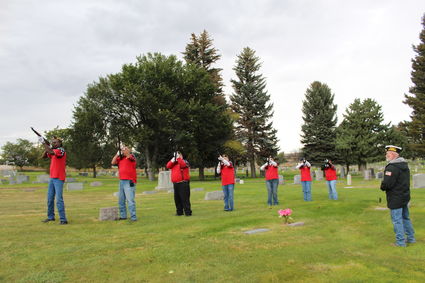 Honoring Those Who Served

A military funeral is a burial rite given to all members who served in the Armed Forces of the United States of America.  Upon the family's request, all eligible Veterans can be honored with a bugler to play Taps and a flag folding detail.  If the resources are available, a rifle team will also be provided.

All military ceremonies are conducted with dignity and many of the components are symbolic of battlefield events.  Although funerals are more somber than most, the Military Honors Service has great meaning that is rich with history and traditions.

Throughout history, military units have utilized armed detachments which were responsible for displaying and protecting the national and unit designating flags - or colors. All Color Guard Services provided will be comprised of two riflemen, the National Flag, and a few possible variations of the unit designating flags.

The presentation of Colors at any event must be accompanied by the National Anthem, the Pledge of Allegiance, or some other form of patriotic respect rendered to Honor our National Colors and what they stand for.

The traditional - 4 man Color Guard is the most commonly requested for events that want to start their program with the presentation of the National Colors.  This style of Color Guard can be used at almost any type of event.

The branch specific - 5 man Color Guard is more commonly used if an event is honoring a specific person or branch of service; and it is appropriate to display the flag specific to the military branch involved.

This Detail is comprised of a National Flag bearer, an American Legion Flag bearer, a Military Branch Flag Bearer, and two Riflemen as guards.

The all service -  9 man Color Guard is commonly used at events designated to honor the military as a whole, such as Memorial Day, Veteran's Day, Pearl Harbor Day, etc.

This Detail is comprised of a National Flag bearer, an American Legion Flag bearer, a Flag bearer for all five branches of the military, and two Riflemen as guards.

Funeral Honors require a minimum of two currently serving uniformed military personnel that will play Taps, Flag Fold and conduct the Flag Presentation (see the ARNG MFH Soldier's Training SOP). As indicated in DODI 1300.15 paragraph 5.3.7, in addition to the two Soldiers the Military Service responsible for MFH shall ensure that there is an active search for a bugler. The bugler may be a live bugler (military or civilian) if available, otherwise the two personnel will conduct the requirement with a ceremonial bugle. One of the uniformed military persons shall be a representative of the parent Service of the eligible beneficiary if available; this individual shall present the flag to the next of kin, or appropriate person in accordance with the desires of the family. Current Other Branch of Service governing policies take precedence, conduct or support of another Branch of Service is provided only when requested in writing by the appropriate Parent Branch of Service Casualty Assistance Center

In accordance with DOD Guidance, the provisions of MFH are designated as a total force mission. 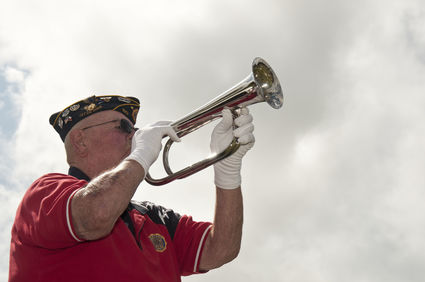 The DODI 1300.15 directs each Service Branch to develop relationships with VSOs that have an Honor Guard and encourages the use of VSOs to support elements of the honor request that the service branch does not have personnel for. The DODI 1300.15 also encourages the use of VSOs in order to provide additional elements for Veterans or as a force multiplier to assist with Full Honor requirements when uniformed personnel are limited or unavailable. The VSO does NOT take the place of the minimal requirement for uniform service personnel; at a minimum the ARNG MFH Program will send two personnel to fold and present the flag to the designated NOK.

Honor Guards are there to Honor the military and the veterans that have served .

We are honored to serve those who have served.