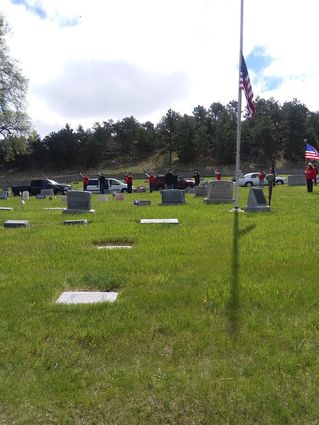 Above left: Members of the Honor Guard (rifle) of the Donald Eisenhauer American Legion Post 60 perform a twenty-one gun salute for the fallen veterans on Memorial.