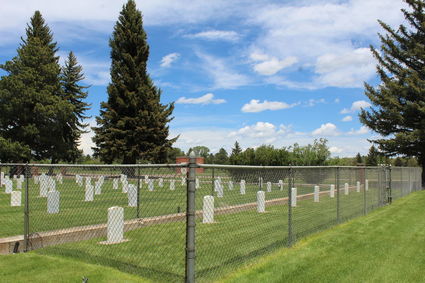 The Francis E. Warren Air Force Base has been part of the Wyoming landscape since 1867, and continues to serve to this day. Used by the Army from 1867 to 1945 many people do not know that the base, at one time, was used to house Italian and German prisoners during World War II. Prisoners housed throughout Wyoming were often sent to smaller branch camps throughout the state to do timber or agricultural work; however, the prisoners housed at the Warren base were kept there to work.

The Warren base was originally the training school for the Quartermasters, which is the military occupational s...