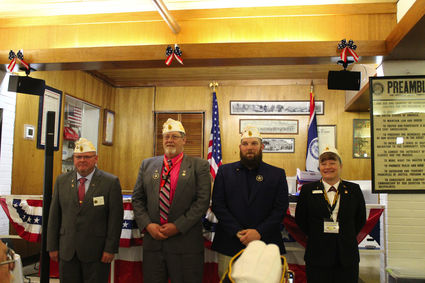 Cooke who recently had served as 1st Vice and membership chairman led the Department to achieve 103% of it's recruiting goal placing Wyoming in 5th place nationally, easily moved up to lead the nearly 6,000 war-time veteran organization in Wyoming.

After being sworn in as the Department Commander by the National Vice Commander, Jim Pisa of Alaska; Cooke addressed the delegates of the convention and stressed his vision for the next year....