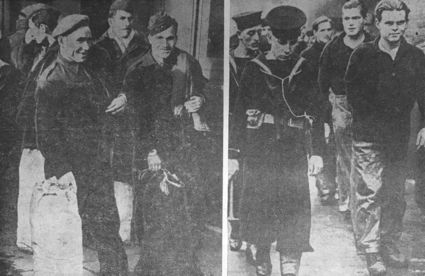 Above: German and Italian Prisoners in POW camps not unhappy with their fate with their captors.

In my journey to learn more about the POW camps that were located in our area I have begun to explore the Nebraska connection. Throughout World War II there were approximately three million enemy combatants captured by allied forces. Of that, 370,000 Germans and 50,000 Italians were sent to America to wait out the war in local prison camps. Of the little over 400,000 soldiers sent here approximately 12,000 were kept in the twenty-three camps scattered across Nebraska.

The base camp located in Scottsbluff held approximately 3,300 prisoners who were outsourced to the surrounding areas, inclu...