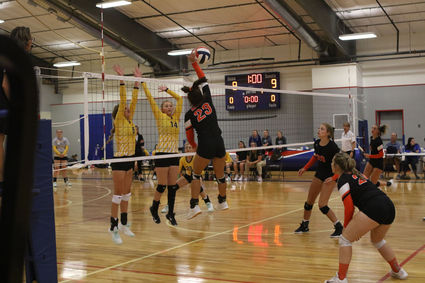 Burns Lady Broncs Volleyball team played six games in the start of the season. Their record for wins vs losses 2-4.

Playing against Wright, the Broncs lost in a tight game resulting in the 0-2 loss.

In the games against Douglas, they repeated their loss in a final of 0-2.

In their next game against Pine Bluffs Lady Hornets, the Lady Broncs fell 0-2.

Wheatland was a turn around and the Lady Broncs game away with a win of 2-0.

In the second round against Wright, the Lady Broncs went down 0-2.

Burns Lady Broncs came away from Cheyenne's Southeast with a victory of 2-0.