Pine Bluffs Volleyball on the Rise 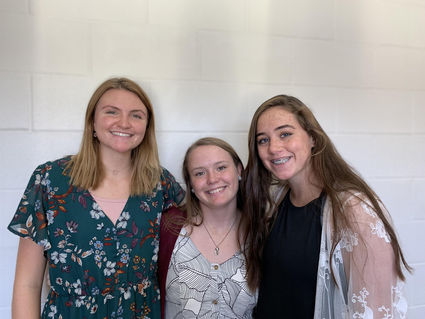 The Pine Bluffs volleyball team has been in season for 3 weeks. The girls had their first tournament 2 weeks ago in Douglas, and ended up being the champions of the tournament, they went 6-0. I had the opportunity to sit down with some of the players and ask them some questions about the upcoming season. I sat down with returning players, Savannah Norman, Sydnie Fornstrom, and Sophie Howard and started out by asking "What is the team's Mantra or slogan," The team decided on the slogan "T3, T cubed, The slogan stands for Team, Trust, Together. "This slogan works well for this team because we...