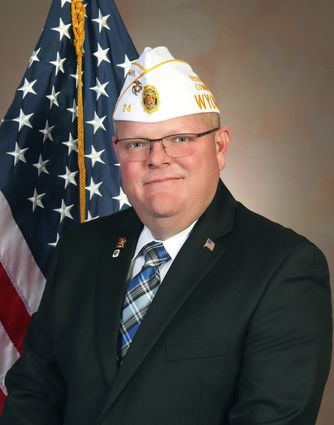 Above: Mike Cooke, Commander of the American Legion - Department of Wyoming.

A strong family history going back to World War II, may have been a hidden drive with Mike Cooke to join the military, but he claims the Marine recruiter had a better sales pitch than the colleges he was checking out.

Mike Cooke was born in Longmont, Colorado to Jackie and Mick Cooke. During his youth his family moved to Rock Springs, Wyoming.

Cooke graduated from Rock Springs High School in 1990. He had originally planned to go to college but he listened to the Marine recruiter and entered the United States Marine Corps.

Family history in the family goes back to both his grandfathers where...