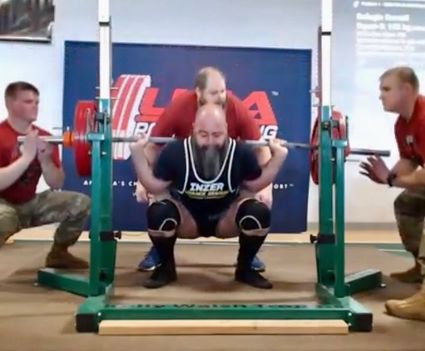 Above: Refugio Cerenil prepares to perform a squat lift during the USA Powerlift Championship competition in Casper.

Local resident Refugio Cerenil competed this weekend in the USA Powerlifting Championship in Casper, and while he wasn't able to bring home a medal, he was able to out perform two of his own personal best records. The championship consisted of three categories, bench press, squat and deadlift. When Cerenil competed in the Trojan Iron War back in December he had only competed twice, but was able to bring home second place including making the top ten for bench press in the whole state. Hoping to outshine his performance there he shot high. "I aimed too high this time, and I got no lift" Cere...